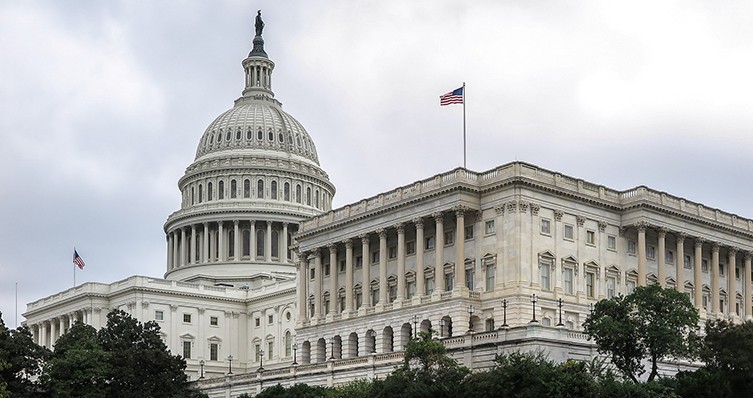 Negotiations continue in Congress over the future of two proposed spending packages, either of which could include changes to existing tax laws if passed.

Of the two proposed bills and their most recent provisions, the Build Back Better Act (BBBA) stands to be the biggest disruptor to tax regulations affecting individuals and businesses. The Bipartisan Infrastructure Bill (BIB) – also called the Infrastructure Investment and Jobs Act – features tax changes as well, but to a lesser extent.

It isn’t clear when the proposed changes could become effective if either bill passes Congress. And as negotiations continue, some provisions still could change or be removed entirely.

The current version of the BBBA includes several provisions that could affect the tax liability of individual taxpayers in positive and negative ways, depending largely on their taxable income. Among other areas, the legislation addresses:

Individual tax rates. The top marginal tax rate would return to 39.6%, the rate that was in effect before the Tax Cuts and Jobs Act (TCJA) cut it to 37% beginning in 2018. This rate would apply to the taxable income of married couples that exceeds $450,000, single filers that exceeds $400,000,  and married individuals filing separately that exceed $225,000.

The capital gains and qualified dividends tax rate. The maximum rate would increase from 20% to 25% for taxpayers in the 39.6% tax bracket. The Biden administration earlier had proposed to raise it as high as 39.6%.

The net investment income tax (NIIT). The BBBA would expand the NIIT to apply to the trade or business income of high-income individuals, regardless of whether they’re actively involved in the business. The NIIT currently applies to certain investment income and business income only if it’s passive. As a result, active business income would go from being taxed at a maximum rate of 37% under the TCJA to a maximum rate of 46.4% (the 39.6% individual income tax rate plus the 3.8% NIIT plus the 3% high-income surcharge).

The qualified small business stock (QSBS) exclusion. Capital gains from the sale of QSBS held more than five years currently are 100% excludable from gross income. The BBBA would limit the exclusion to 50% for taxpayers with an AGI over $400,000, regardless of filing status.

Retirement planning. The BBBA would prohibit IRA contributions by taxpayers whose aggregate IRA and other account balances exceed $10 million and whose taxable income exceeds $450,000 for married couples filing jointly or $400,000 for single filers or married taxpayers filing separately. These taxpayers also would have to take required minimum distributions equal to 50% of the value that exceeds $10 million and 100% of any amount over $20 million.

Child and dependent care tax credits. The American Rescue Plan Act (ARPA), enacted earlier this year, temporarily expanded both the Child Tax Credit (CTC) and the Dependent Care Tax Credit (DCTC). The BBBA would extend the CTC through 2025 and make permanent the DCTC.

Premium tax credits (PTCs). The ARPA also expanded the availability of PTCs to subsidize the purchase of health insurance for 2021 and 2022. The BBBA would permanently expand the credits.

Banking activity reporting. The Biden administration has proposed requiring financial institutions to annually report the total amount of funds that go in and out of bank, loan, and investment accounts (personal and business) that hold a value of at least $600. Reporting also would be required if the aggregate flow in and out of an account is at least $600 in a year.

As Democrats weigh including this proposal in one of the bills, it has received pushback from banks and privacy advocates. A revised version includes a $10,000 threshold, and exemptions for some common transactions, such as payments from payroll processors and mortgage payments, also are under consideration.

The BBBA and BIB would also bring dramatic changes to the tax landscape for some businesses, whose tax bills could be affected in multiple areas:

The corporate tax rate. The BBBA would replace the TCJA’s flat rate of 21% with a graduated rate structure. The first $400,000 of income would be subject to an 18% rate, with the 21% rate retained for income between $400,000 and $5 million. The graduated corporate rate would max out at 26.5% for income exceeding $5 million.

Personal service corporations and corporations with taxable income exceeding $10 million would be subject to a flat 26.5% rate. The pre-TCJA top corporate tax rate was 35%.

Excess business losses. The TCJA limits the amount of excess business losses that pass-through entities and sole proprietors can use to offset ordinary income to $250,000, or $500,000 for married taxpayers filing jointly, adjusted for inflation. The limit is set to expire at the end of 2025, but the BBBA would make it permanent.

The bill also would create a new carryforward for unused excess business losses, rather than carrying them forward as net operating losses.

The business interest deduction. Internal Revenue Code Section 163(j) limits the deduction for business interest incurred by both corporate and noncorporate taxpayers. Under the proposal, the limit wouldn’t apply to partnerships and S corporations at the entity level. It instead would apply to the partners and shareholders.

The employee retention credit. The BIB would terminate this credit earlier than originally planned. Instead of being available for all of 2021, it would no longer be available for the fourth quarter, except for recovery startup businesses.

International transactions. The BBBA includes numerous proposals that would change the taxation of cross-border transactions and trim some of the tax advantages enjoyed by multinational corporations. For example, it would reduce the deductions for global intangible low-taxed income (GILTI) and foreign-derived intangible income. It would determine GILTI and foreign tax credit limits on a country-by-country basis. It also would make changes to the base erosion and anti-abuse tax.

The BBBA would be much less taxpayer-friendly than the TCJA when it comes to gift and estate taxes and strategies. Most notably:

Valuation discounts. Taxpayers would no longer be able to claim discounts for gift and estate tax purposes on transfers of interests in entities that hold nonbusiness assets (that is, passive assets held for the production of income and not used for an active trade or business). For example, discounts couldn’t be used to reduce the value of transferred interests in family-owned entities that hold securities.

One provision that’s not in the BBBA is a proposal to end the stepped-up basis tax break on inherited assets. That item was included in a previous version of the BBBA but was later removed.

It’s impossible to predict which elements of each bill will survive the ongoing negotiations. We’ll share more analysis if the final legislation is passed and becomes law. In the meantime, reach out to a KraftCPAs professional if you have concerns about how the proposed tax provisions could affect you or your business.