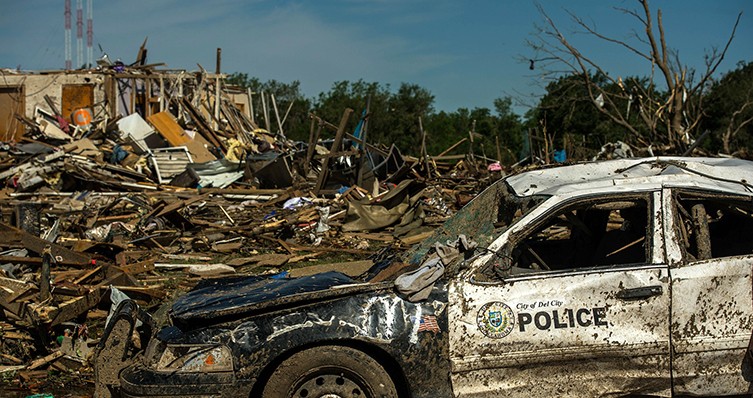 Middle Tennessee has been hard-hit with a variety of weather-related disasters in recent months, from Nashville’s late-night tornado in March 2020 to the flooding that overwhelmed several counties this year. In other parts of the U.S., hurricanes and wildfires have been devastating.

Every year, natural disasters lead to significant losses and leave millions of taxpayers vulnerable. If you’re among them, you could qualify for a federal income tax deduction as well as other relief from the IRS.

Eligibility for the casualty loss deduction

Casualty losses can result from the damage, destruction, or loss of property due to any unexpected or unusual event. Examples include floods, hurricanes, tornadoes, fires, earthquakes, and volcanic eruptions. Normal wear and tear or progressive deterioration of property doesn’t constitute a deductible casualty loss. For example, drought generally doesn’t qualify.

Tax deductions vary depending on whether the casualty losses relate to personal-use or business-use items. For the most part, losses related to your home, household items, and personal vehicles can be deducted if they occur in a federally declared disaster area — that’s the designation for a state or county that the president declares eligible for federal assistance. Casualty losses related to business or income-producing property (for example, rental property) can be deducted regardless of whether they occur in a federal disaster area.

The role of reimbursements

When the amount you receive from insurance or other reimbursements (less any expense you incurred to obtain reimbursement, such as the cost of an appraisal) exceeds the cost or adjusted basis of the property, that qualifies as a capital gain. You’ll need to include that gain as income unless you’re eligible to postpone reporting the gain.

You might be able to postpone the reporting obligation if you purchase property that’s similar in its service or use to the destroyed property within the specified replacement period. You also can postpone if you buy at least 80% interest in a corporation owning similar property or if you spend the reimbursement to restore the property.

For personal-use property, or business-use or income-producing property that isn’t destroyed, your casualty loss is the lesser of:

For business-use or income-producing property that’s destroyed, the amount of the loss is the adjusted basis less any salvage value and reimbursements.

If a single casualty involves more than one piece of property, you must figure the loss on each separately, then combine these losses to determine the casualty loss.

Other limits may apply to the amount of the loss you may deduct, too. For personal-use property, you must reduce each casualty loss by $100, but that’s after you’ve subtracted any salvage value and reimbursement.

If you suffer more than one casualty loss during the tax year, you must reduce each loss by $100 and report each on a separate IRS form. If two or more taxpayers have losses from the same casualty, the $100 rule applies separately to each taxpayer.

Which records are required

Documentation is critical to claim a casualty loss deduction. You’ll need to be able to show:

You also must be able to establish your adjusted basis, reimbursements, and, for personal-use property, pre-casualty and post-casualty FMVs.

The IRS has granted tax relief this year to victims of natural disasters in several states, including Tennessee. Other states are Alabama, California, Kentucky, Louisiana, Michigan, Mississippi, New Jersey, New York, Oklahoma, Pennsylvania, and Texas. In most cases, the relief extends filing and other deadlines. The IRS provides state-by-state information for disaster relief at https://bit.ly/3nzF2ui.

If you’ve incurred casualty losses this year, we can help you explore potential tax relief and other options that could save you money. Reach out to me or any member of our tax services team.