As the first tax season under the Tax Cuts and Jobs Act (TCJA) looms on the horizon, new year-end strategies are emerging, tried-and-true strategies have changed, and others are as viable as ever.

The TCJA creates several new avenues of potential tax savings for businesses. Some of these, though, may require tough decisions.

For example, the new tax law has prompted some businesses to question whether they should restructure to become a C corporation or a pass-through entity. The former is subject to potential double taxation (at the entity and dividend levels) but now enjoys a corporate tax rate that has fallen from 35 percent to 21 percent. The latter faces only an individual tax rate, which can run as high as 37 percent, but might qualify for a new, full 20 percent deduction on qualified business income (QBI).

With a full QBI deduction, the maximum effective tax rate for pass-through entities comes out to 29.6 percent. But there are other factors to consider. For example, the TCJA limits the state and local tax deduction for individual pass-through owners but not for corporations. Further, the new corporate rate is permanent, while the QBI deduction is scheduled to sunset after 2025.

Ultimately, the optimal entity choice depends on each business’s facts and circumstances. A business that goes the pass-through route, though, has several tactics available to maximize its QBI deduction.

The deduction is subject to limits based on W-2 wages paid, the unadjusted basis of a taxpayer’s qualified property, and taxable income. A business, therefore, might increase its wages by converting independent contractors to employees, assuming the benefit isn’t outweighed by higher payroll taxes, employee benefit costs and similar considerations. It could also purchase assets before year end to pump up its unadjusted basis. And individual pass-through owners can maximize their above-the-line and itemized deductions to reduce their taxable income.

The TCJA also establishes a business tax credit for paid family and medical leave — a credit that businesses can claim for 2018 as long as they adopt a retroactive policy before the end of the year. Eligible employers may claim the credit if they have a written policy that provides at least two weeks of annual paid family and medical leave to all employees who meet certain requirements, at a pay rate of at least 50 percent of normal wages. The maximum credit is 25 percent of wages paid during leave.

Not surprisingly, the TCJA alters several year-end strategies businesses have used in the past to curb liability. It bolsters some strategies, while trimming or ending the advantages of others.

For several years, for example, asset acquisitions have offered a smart way to cut taxes through bonus depreciation and Section 179 depreciation deductions. The TCJA expands both types of deductions, potentially making investments in equipment and other assets even more advisable.

The TCJA extends and modifies bonus depreciation for qualified property purchased after September 27, 2017, and before January 1, 2023. Businesses can expense the entire cost of such property (both new and used, subject to certain conditions) in the year the property is placed in service. The amount of the allowable deduction will begin to phase out in 2023, dropping off 20 percent each year for four years until it disappears in 2027, absent congressional action. Be aware that certain property with a longer production period will be eligible for the bonus depreciation for an extra year, as the phaseout doesn’t start until 2024.

Be aware that Congress removed QIP from the definition of qualified property eligible for bonus depreciation, intending that it would nonetheless remain eligible because its recovery period would be reduced to 15 years. (Qualified property must have a recovery period of 20 years or less.) Due to a drafting error, though, the TCJA didn’t define QIP as 15-year property, so it defaults to a 39-year recovery period. Without a technical correction or regulatory guidance, QIP won’t qualify for bonus depreciation in 2018.

QIP placed in service after December 31, 2017, is eligible for immediate expensing (deducting the entire cost) under Sec. 179. The TCJA expands this depreciation to several improvements to nonresidential real property — roofs, HVAC, fire protection systems, alarm systems and security systems, too. It also almost doubles the maximum deduction for qualifying property to $1 million from $510,000 in 2017. (The maximum deduction remains limited to the amount of income from business activity.) The TCJA increases the phaseout threshold to $2.5 million from $2.03 million in 2017.

Businesses traditionally have used employee benefits to shrink their tax liability, too, but the TCJA narrows the benefits-related opportunities. For example, it eliminates or tightens tax breaks for transportation benefits, on-premises meals, moving expenses reimbursement and achievement awards. (Some of these changes are only temporary.) Businesses might, however, reap tax benefits from Health Savings Accounts, Flexible Spending Accounts, Health Reimbursement Accounts, health insurance and group term-life insurance. Moreover, a business could have nontax-related reasons, such as employee recruitment and retention, to offer certain benefits.

Although many tax credits were in the crosshairs as the TCJA was drafted, several of the most popular survived, including the Work Opportunity tax credit, Small Business Health Care tax credit, the New Markets tax credit and the research credit.

Businesses looking to trim their tax bills also can continue to turn to the trusty standby strategy of deferring income into 2019 and accelerating deductions into 2018. For example, a business that uses cash-basis accounting might “slow roll” its invoices to push the receivables into the new year or prepay expenses. Notably, the TCJA has greatly expanded eligibility for cash-basis accounting, making it generally available to businesses with three-year average annual gross receipts of $25 million or less.

Whether your business operates on a calendar- or fiscal-year basis, your 2018 tax bill isn’t yet written in stone. It’s not too late to execute some strategies that reduce your business’s tax liabilities and improve its bottom line. 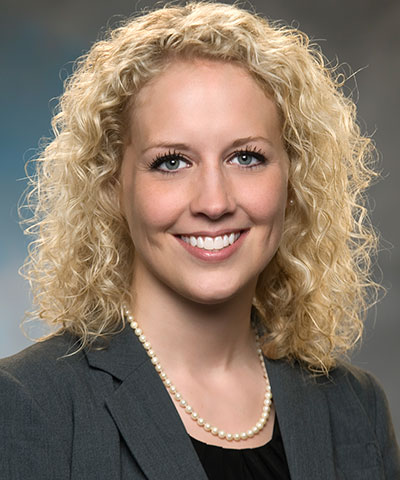