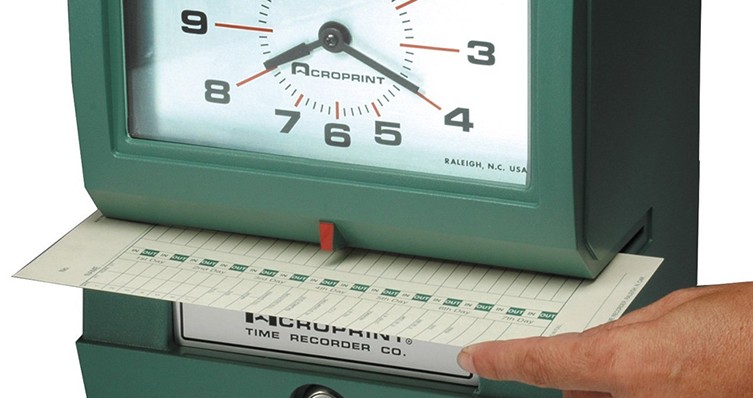 The U.S. Department of Labor (DOL) has released the finalized rule on overtime exemptions for white-collar workers under the Fair Labor Standards Act.

The new rule updates the standard salary levels for the first time since 2004. While it is expected to expand the pool of nonexempt workers by more than 1 million, it’s also more favorable to employers than a rule proposed by the Obama administration in 2016. That rule would have expanded the pool by more than 4 million, but was blocked by a federal district court judge.

The new rule is scheduled to take effect on Jan. 1, 2020. Affected employers need to take prompt action to reduce the impact to their bottom lines.

Under existing regulations regarding overtime exemptions for executive, administrative, and professional employees, an employer generally can’t classify an employee as exempt from overtime obligations unless the employee satisfies three tests:

The specifics of the duties test vary depending on the exemption. For the executive exemption, for example, the employee’s primary duties must be managing the organization or a department. He or she also must customarily direct the work of at least two employees, with some say in the hiring or firing of workers.

An exempt administrative employee must primarily perform office work that’s directly related to the management or general business operations of the employer or its customers. He or she also must exercise discretion and independent judgment on significant matters. The professional exemption generally can apply only if the employee’s main duty is work that requires advanced knowledge in a field that’s generally acquired by prolonged and specialized instruction and study.

Neither the salary basis nor the salary level test applies to certain employees (for example, doctors, teachers, and lawyers). And the current rules provide a more relaxed duties test for certain highly compensated employees (HCEs) who are paid total annual compensation of at least $100,000 (including commissions, nondiscretionary bonuses, and other nondiscretionary compensation) and at least $455 salary per week. They need only regularly perform one of the primary duties required for the executive, administrative or professional exemption.

The DOL’s final rule changes the salary level test, but not the salary basis or duties tests. It raises the standard salary level test threshold to $684 per week or $35,568 per year (compared with $913 and $47,476 under the 2016 rule). So, if an employee’s salary exceeds this level, the employee will be ineligible for overtime if he or she primarily performs executive, administrative or professional duties. If his or her salary falls below it, the employee is nonexempt, regardless of duties.

Employers can use nondiscretionary bonuses and incentive payments (including commissions) that are paid annually or more frequently to satisfy up to 10% of the standard salary level test. If an employee doesn’t earn enough in such bonuses or payments in a given year to remain exempt, the employer can make a catch-up payment within one pay period of the end of the year. The payment will count only toward the prior year’s salary amount, though.

The rule increases the total annual compensation requirement for HCEs to $107,432, which is less than the Obama rule’s $134,004 threshold but could still prove difficult for small businesses to satisfy. HCEs also must make at least $684 per week on a salary or fee basis. In contrast to the proposed rule, the final rule sets the total annual compensation threshold at the 80th percentile of weekly earnings of full-time salaried employees nationally. (The proposed rule set it at the 90th percentile.)

The final rule also uses three years of pooled data to estimate the HCE compensation level, rather than the proposed rule’s one year.

Like the proposed rule, the final rule drops the 2016 rule’s automatic adjustments to the salary thresholds every three years. But the DOL also opted against the proposal to consider updates every four years. Instead, the final rule simply indicates the department’s intent to update the earnings thresholds “more regularly in the future,” following the notice-and-comment rulemaking process.

At this point, employers may feel like they’re stuck in the movie “Groundhog Day,” repeatedly preparing for impending changes to the overtime rules. And it’s likely that the latest round of changes also will face court challenges. Nonetheless, employers should begin taking measures to achieve compliance — and minimize the hit to their finances — when the final rule takes effect. You may have a leg up if you’ve already gone through this process, but you shouldn’t rely on your past findings, as circumstances may have shifted.

To begin with, check your employees’ salary levels against the new thresholds. It may be advisable to give raises to employees who fall just under a threshold and routinely work more than 40 hours per week. Or you might want to redistribute workloads or scheduled hours to prevent newly nonexempt employees from working overtime.

This also is a good time to review your employees’ job duties against the tests for the various exemptions. You should check duties on a regular basis, as this is a ripe area of litigation for employees who contend that they deserve overtime despite their job titles. Courts and the DOL agree that actual duties, not job title or even job description, are what matters.

If you’ll be reclassifying currently exempt workers as nonexempt, you must establish procedures for accurately tracking their time to ensure proper overtime compensation is paid. Reclassified employees may require some training on timekeeping procedures. They also might need some reassurance that they’re not being demoted.

Some employers may find that the new overtime rule substantially increases their compensation costs, including their payroll tax liability. We can help ensure that your company is in compliance with the new rule, as well as all payroll tax obligations.

If you have questions about how these overtime rules changes could impact your accounting and tax processes, please contact us at KraftCPAs.