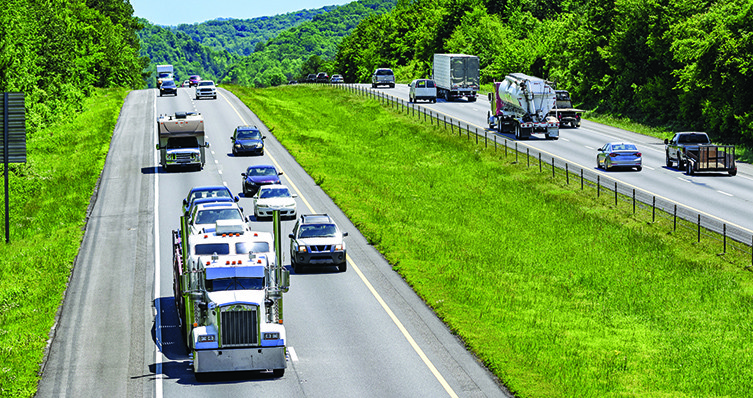 (First published November 11. Updated November 16 to indicate that legislation was signed into law.)

The Infrastructure Investment and Jobs Act (IIJA) has been signed into law by President Joe Biden after months of negotiation by the U.S. Senate and House of Representatives. And even though the bulk of the legislation is directed toward massive infrastructure projects, a handful of significant tax provisions are sprinkled in. Here are the biggest ones.

Early end of the ERC

The IIJA brings an earlier-than-expected end to the Employee Retention Credit (ERC). The pandemic-related relief package was introduced as part of the CARES Act, and later the American Rescue Plan Act (ARPA) extended the credit to eligible employers for the third and fourth quarters of 2021. But under the new law, the ERC is no longer available for wages paid after September 30, 2021 (rather than December 31, 2021, as previously planned).

An exception to the new date applies for “recovery startup businesses,” which began operating after February 15, 2020, and have annual gross receipts for the three previous tax years of less than or equal to $1 million. These employers can claim the ERC for up to $50,000 total per quarter for the third and fourth quarters of 2021 without showing suspended operations or reduced receipts.

The IIJA requires brokers to report to the IRS the cost basis of digital assets transferred by their clients to non-brokers similar to the way securities brokers report stock and bond trades. “Digital assets” are defined as “any digital representation of value which is recorded on a cryptographically secured distributed ledger or any similar technology.” This definition could include cryptocurrencies such as Bitcoin and Ethereum, as well as certain nonfungible tokens (NFTs). The IIJA expands the definition of the term “broker” to include those who operate trading platforms for digital assets, such as cryptocurrency exchanges.

In addition, the IIJA modifies existing tax law to now treat digital assets as cash. Individuals engaged in a trade or business must submit IRS Form 8300 — “Report of Cash Payments Over $10,000 Received in a Trade or Business” — when they receive such amounts in one transaction or multiple related transactions.

The digital assets provisions take effect for returns required to be filed — as well as statements required to be furnished — after December 31, 2023. The IRS is expected to offer guidance before then, but some businesses may find that accepting cryptocurrencies as payment isn’t worth the burden of reporting.

Additional tax law changes have been proposed as part of the Build Back Better Act (BBBA), but that legislation has been mired in negotiations for several weeks. The BBBA could, for example, have significant provisions regarding the child tax credit, the cap on the state and local tax deduction, and limits on the business interest expense deduction. We know that these changes could have a significant impact on your personal or business bottom lines, so we’ll keep you updated as the landscape changes.

In the meantime, get in touch with me or any KraftCPAs advisor if you have questions or concerns.