Business owners may prefer to classify workers as independent contractors for a number of reasons, but there are many detailed requirements that must be met for the classification to stand up to IRS scrutiny.

For wages paid to an employee, an employer must generally withhold income taxes, withhold and pay Social Security and Medicare taxes, and pay unemployment taxes. An employer does not normally have to withhold or pay any taxes on payments to independent contractors.

Failure to understand and follow the classification rules can result in substantial tax penalties for employers, including owing back payroll taxes that were not paid and the employee’s payroll and income taxes that were not withheld, as well as penalties and interest. The IRS could also hold the employer and other “responsible persons,” such as managers, personally liable for uncollected taxes. Finally, the state may impose its own penalties.

Though the U.S. Department of Labor (DOL) has recently taken steps to loosen rules for employers that use contractors, these changes will not affect employers’ payroll tax liability with the IRS (see below for more details).

To determine whether an individual is an employee or an independent contractor under the common-law rules, employers must thoroughly evaluate the relationship between the worker and the business. In making the determination, an employer must take into account all information that provides evidence of both the degree of control and the degree of independence.

Facts that provide evidence of the degree of control and independence fall into three categories: behavioral control, financial control, and the type of relationship.

Facts that show whether the business has a right to direct and control how the worker does the task for which he/she is hired include the type and degree of:

Facts that show the parties’ type of relationship include:

Accurately classifying workers as independent contractors or employees can often be difficult, given the number of factors that go into making the determination. In some cases of uncertainty, taxpayers may choose to file Form SS-8, Determination of Employee Work Status for Purposes of Federal Employment Taxes and Income Tax Withholding, with the IRS and have them make the decision.

If you have questions about how to correctly classify a worker for tax purposes, we’d be happy to consult with you and/or assist you in completing Form SS-8.

If you believe you have incorrectly classified employees as independent contractors, we’d be happy to consult with you about participating in the IRS’s Voluntary Classification Settlement Program (VCSP). For eligible employers, this program can provide some relief from the tax consequences and allow voluntarily reclassification of workers as employees going forward.

In summer 2017, the DOL rescinded Obama-era guidance on joint-employment and classification of independent contractors. These recent DOL moves display a shift towards a more employer-friendly approach under the new administration.

The DOL withdrew informal guidance memos from 2015 and 2016 that had encouraged expanded employer liability under the Fair Labor Standards Act (FLSA). Though not enforceable by law, these types of “administrator interpretations” affect how courts enforce labor laws. The Obama-era interpretation on joint-employers established new standards for whether a company could be held liable for FLSA violations by its franchisees, staffing agencies and contractors. There was heavy criticism of this broadened definition of joint employment, mainly from franchise owners and businesses relying on contractors.

Additionally, the DOL’s independent contractor guidance under the previous administration applied a broad definition of what constitutes an employee. The guidance specifically stated that “most workers are employees under the FLSA standards.” It had asserted that FLSA covers an employer’s workers even if the employer doesn’t exercise control over them – as long as the workers are economically dependent on the employer.

The DOL put out a press release stating: “Removal of the administrator interpretations does not change the legal responsibilities of employers under the Fair Labor Standards Act and the Migrant and Seasonal Agricultural Worker Protection Act, as reflected in the department’s long-standing regulations and case law.”1

Again, it should be noted that these changes do not effect tax liability, which is enforced by the IRS – not the DOL. A worker considered a contractor by the DOL could still qualify as an employee in the eyes of the IRS. 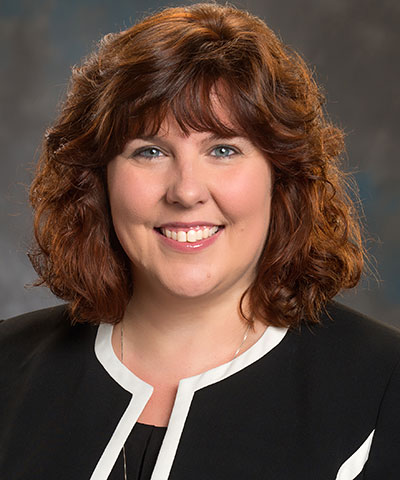