Last year’s changes to the overtime rule under the Obama administration would have significantly impacted employers’ overtime liability and payroll taxes, but a federal court ruling blocked its implementation in November 2016. Though the U.S. Department of Labor (DOL) has signaled that a new version could be on the horizon, the fate of the rule remains uncertain. The DOL is currently considering its options for revisions of the current overtime standards, and it’s asking for feedback from the public in the process.

The Obama administration’s 2016 release of an updated rule regarding federal overtime pay for executive, administrative and professional employees (i.e., “white-collar workers”) caused quite an uproar among employers. Their objections weren’t surprising given the potential impact: The DOL estimated (at the time) that 4.1 million salaried workers would become eligible for overtime under the updated rule.

But subsequent events, including a federal district court ruling, the election of President Trump, and several moves by the DOL, have thrown the future of the overtime standards into question.

Under the existing rules (last updated in 2004), an employee generally must satisfy three tests to qualify for a white-collar exemption from the overtime requirements:

The 2016 rule change primarily affected the salary level test by more than doubling the previous threshold for exempt employees to $913 per week, or $47,476 per year. (These levels would also increase every three years beginning Jan. 1, 2020.) Additionally, the rule would have all but eliminated the need for the duties test in many cases: If an employee’s pay came in under the threshold, his/her job functions would be irrelevant in determining exemption.

Thus, employers would encounter increased payroll costs because they would be required to pay overtime or, alternatively, raise salaries to maintain exemptions for the aforementioned estimated 4.1 million workers. Subsequently, the revision would also increase the payroll tax liability for these employers. Unsurprisingly, numerous employers criticized the rule, claiming they would need to cut jobs or hours to manage the increased payroll costs.

Twenty-one states challenged the revised rule in court, arguing that the salary threshold was being raised too rapidly. On Nov. 22, 2016, a federal district court judge granted a preliminary injunction putting a halt to the rule, which had been scheduled to take effect on Dec. 1, 2016.

The judge found that the DOL had exceeded its authority and ignored congressional intent by raising the salary level to the degree that it negated the duties test, essentially creating a salary-only test for the white-collar exemption. According to the judge, only Congress is allowed to make such a change.

On Dec. 1, 2016, the Department of Justice (DOJ) appealed the judge’s ruling to a federal court of appeals on behalf of the DOL, but the appeal couldn’t be completed before President Trump took office. After the inauguration, the 5th U.S. Circuit Court of Appeals granted the administration three requests to delay the deadline for filing briefs in the matter. There was speculation that the DOL might just drop the appeal altogether. But, on June 30, 2017, the DOJ filed a brief in the case.

In an unexpected move, the brief seeks a reversal of the district court ruling. The DOL opted not to argue for the specific salary test in the revised rule, though, instead asking the appellate court only to affirm that the department does indeed have the authority to set a salary level.

The DOL stated in the brief that it plans to pursue further rulemaking to determine an appropriate salary level. But the department said it has decided not to proceed immediately with the rulemaking process, citing its reluctance to issue a proposal while litigation over its authority to establish a salary level remains pending.

The brief raises the potential for an odd outcome. If the 5th Circuit reverses the lower court as requested, it would presumably vacate the preliminary injunction against implementation of the revised rule. In that case, the rule would take effect (possibly retroactively to Dec. 1, 2016) unless the DOL withdraws the rule before the court enters judgment. Should the DOL withdraw the rule, it would need to do so retroactively. It wouldn’t be enough for the department to simply decline to enforce the rule — employers could still face private lawsuits by employees seeking overtime pay back to the original effective date.

Further, the same district court also is considering a separate challenge to the revised rule, brought by more than 50 business groups, including the U.S. Chamber of Commerce. They’ve asked the court to invalidate the revisions on other grounds. If the judge finds that the rule is arbitrary and capricious or unsupported by evidence (which it didn’t address in its earlier ruling), the case could end up on appeal to the 5th Circuit, too, prolonging the uncertainty even more.

And the AFL-CIO filed a motion in December 2016 to intervene in the states’ case so it could defend the revised rule if the DOL withdrew from the case. That motion is still pending with the lower court. The AFL-CIO also has promised to sue if the salary level is scaled back from the level in the 2016 rule.

The DOL’s Wage and Hour Division announced on July 25, 2017, that it’s seeking comments from the public about whether the overtime rule should be revised — and how. The DOL is requesting feedback on questions related to the salary level test, the duties test, cost of living across the country, the inclusion of bonuses to satisfy a portion of the salary level, and other related issues. Comments will be accepted through Sept. 25, 2017. Visit the Federal Register website for additional information.

For now, employers will continue to deal with uncertainty about how changes to the overtime rule may affect their future (and possibly retroactive) payroll and tax obligations. It seems likely that the DOL will attempt to revise the salary level for the white-collar exemption, but it’s unclear at this point when might will happen or where the level will be set. We’ll update you as we learn more. 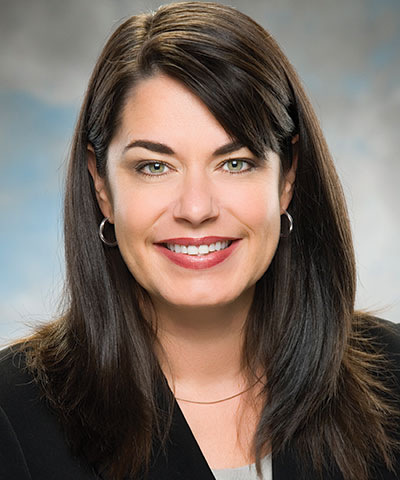