Perhaps you’ve heard the expression “time kills all deals.” While that may be true, it appears that valuation gaps — differing deal pricing expectations between buyers and sellers — are the most common deal-killing culprit. The 2014 Pepperdine Private Capital Markets Report was recently issued and included information from debt capital providers, equity investors, investment bankers and business brokers regarding 2013 activity. Let’s take a closer look at survey results from business brokers and investment bankers regarding sources of deal failure.

Business brokers reported that 31 percent of the business sale engagements they were retained to facilitate terminated without transacting. The top three reasons cited for these failures to transact were: 1) unreasonable non-price expectations of the buyer or seller at 21 percent; 2) valuation gaps at 21 percent; and 3) economic uncertainty at 14 percent. These three responses combined account for 56 percent of failures cited.

Similar to the findings for business brokers, investment bankers reported that 30 percent of the business sale engagements they were retained to facilitate terminated without transacting. The top three reasons they cited were the same: 1) valuation gaps at 26 percent; 2) unreasonable non-price demands of the buyer or seller at 20 percent; and 3) economic uncertainty at 12 percent. These three responses combined account for 58 percent of the failures cited.

Focusing specifically on valuation gaps, both business brokers and investment bankers cite little or no failure resulting from valuation gaps of 10 percent or less. This makes sense because, at this level, pricing expectations are close enough that a little extra negotiating, coupled with some minor concessions on price or terms, may be all that’s needed to bring the parties together. However, at pricing gaps of 10 percent and beyond, deal failure is readily observed. About 30 percent of failures due to pricing occur when the valuation gap is 11 percent to 20 percent while about 40 percent occur when the gap is 21 percent to 30 percent. The remaining pricing-related failures occur at valuation gaps of 30 percent and beyond.

In our valuation practice, we tend to see valuation gaps arise from three basic sources.

The first and most obvious is fundamental economic incentives associated with sellers that want to sell high and buyers that want to buy low. This issue stems from core human programming which causes people to act in a manner that serves their economic self-interest as chronicled by Adam Smith in The Wealth of Nations in 1776 and many other economists since then.

Secondly, we see varying valuation metrics and methods being applied (and often misapplied) as a source of valuation gaps.

Finally, we see what some might refer to as entrepreneurial optimism as a source of valuation gaps. Entrepreneurs who start and build businesses face difficult challenges that must be surmounted for the business to live. The passion and optimism these individuals bring to the business is often a key ingredient of its survival. However, that passion and optimism often manifests itself in financial projections and valuation expectations that may be unrealistic in the eyes of a more cool-headed buyer. I refer to this as the “pretty baby syndrome.”

Thinking more about this business parallel to babies, ask any parent about the prettiest baby they’ve ever seen and they’ll probably show you a picture of their own child. When looking at these pictures, sometimes we agree that their baby is indeed pretty. But do we ever think the baby is as pretty as they do? Probably not. Fortunately, these situations never result in the need to actually write a check to a friend to quantify the beauty of their child. If that were the case, we would all have fewer friends.

If a valuation gap exists, it’s better for the buyer and seller to understand this issue early in the process before spending unnecessary time and money pursuing a deal that’s destined to fail. Third-party valuation analysis in the early stages of a prospective deal can be instrumental in helping buyers and sellers set reasonable pricing expectations to get a clearer view of deal reality and a better sense of just how pretty that baby may be.

Portions of this article were used in the Nashville Business Journal blog on May 14, 2014, and reprinted with permission. 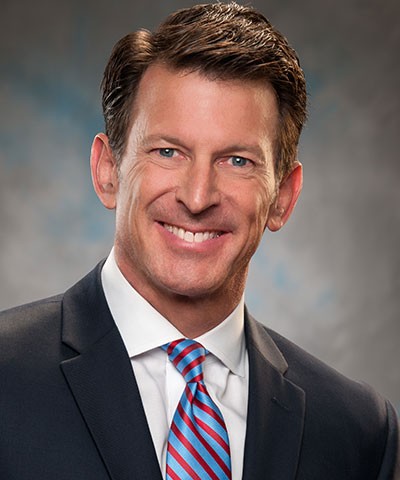